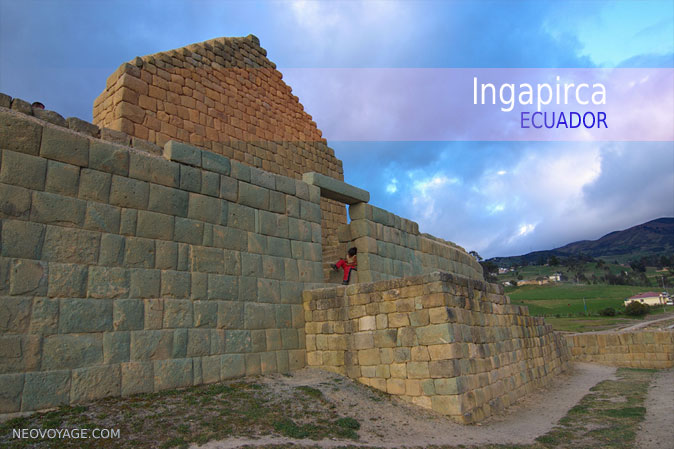 The Andes are the backbone of Ecuador and hold an incredible variety of interesting sites. The journey starts in Quito whose Old town is a UNESCO world heritage site where we can photograph historical locations and architecture. A few days later, we fly to Cuenca, a beautifully preserved colonial city which is also a UNESCO world heritage site. There we visit a high altitude national park doted with otherworldly vegetation and icy lagoons nested among mountain peaks.

Then we start the high altitude road trip back to Quito, stopping at many fantastic locations. A stunning array of photographic subjects unfolds before us, starting with the hilltop Inca ruins at Ingapirca. Banos, a town famous for thermal springs and set in a lush valley between volcanoes, follows. We arrive on market day at Saquisili which hosts one of the largest and probably the most authentic indigenous market in Ecuador. The next day, our path dips in elevation to reach a cloud-forest reserve which is home to 4% of the world's species and over a hundred species of orchids. An aviary expert takes us birding at the height of activity.

The journey continues beyond Quito to reach Otavalo, the home of the most colorful and largest indigenous market on the continent. We make a short stop at a sacred waterfall before returning to Quito where we head to a high vantage point for a panoramic view of the city and a celebratory dinner.

The 14 day Neovoyage Ecuadorian Andes tour costs $3950 USD based on double occupancy.
A single supplement of $800 USD applies for a single room.

Pricing includes 13 nights accommodations, all breakfast and dinners and 4 lunches. The remaining lunches are at your own costs as most afternoons include free time.

Transportation within Ecuador is covered by the tour price. This includes an internal flight from Quito to Cuenca and ground transport in a private mini bus plus airport transfers on the departure, arrival and internal flight days. Drivers and local guides for the duration of the trip are also included. Entrances to national parks and protected areas are included too.

Not included is the cost of transport to and from Ecuador, including all costs associate with that activity such as baggage surcharges, taxes and fees. Gratuities and personal expenses such as phone calls and snacks are also not included.

As Quito is located at an altitude of 2900m above sea-level, the first few days start lightly to allow our bodies to acclimatize. On day one, arrival is at your own rhythm. You are taken to a comfortable hotel which itself is a 16th century UNESCO world heritage building.

The second day starts with an after-breakfast meeting where participants get to know each other and discuss details about the trip. We then go on a guided walk in and out of the world heritage buildings that surround the main plaza. The first shoot starts right there at the plaza which is filled with trees, flowers, fountains and people relaxing.

Next morning we visit the Basilica Del Voto Nacional, the tallest and most impressive Gothic church in all of  Ecuador. Those not afraid of heights get to climb the tall spires for a breathtaking view of Quito and the surrounding mountains. Then you are off on your own for some street photography or simply to explore the fascinating streets and shops of Old Quito. In the late afternoon, we take a short ride to Guapulo, a suburb which flanks the plateau where Quito sits and overlooks the valley more than one kilometer deep. You will photograph picturesque winding streets and ancient homes before having dinner virtually on the edge of a cliff.

For our last day of Quito exploration, we start with a morning shoot at the Plaza San Fransisco, a humongous wide-open plaza which fronts a church with one the of most impressive interiors in Ecuador. Then, we visit the oldest street in Quito and small nearby plazas before heading back for a late breakfast. In the afternoon, we get to see more of Old Quito and photograph historical buildings until the last light.

On the morning of the fifth day, we fly to Cuenca whose historic center is also a UNESCO world heritage site. After having lunch and settling in, we photograph the impeccably maintained historical buildings on the way to the main plaza where we will be shooting the last light. This is a beautiful stone plaza flanked by an impressive cathedral and several world heritage buildings.

Next morning, we head to the flower market which carpets a small plaza with piles of brightly colored flowers. A centuries old colonial church serves as background while we photograph indigenous people moving with heaps of flowers. Free time is set aside to do street photography, shop or simply rest. In the late afternoon, we shoot around another world-heritage plaza surrounded by colonial buildings.

The last day starts with a hearty breakfast and a to-go lunch box before driving through El Cajas national park. This is a very accessible park that features extremely delicate high-altitude vegetation and icy lagoons nested between mountain peaks. We stop to hike several short trails within the park before returning to Cuenca for dinner.

The eight day marks the second week of travel and everyone should be fully acclimatized by now as the pace picks up considerably. After spending the morning in Cuenca we start our six day journey back to Quito. The first stop is Ingapirca, Ecuador's largest Inca ruins which we will photograph at sunset. We'll sleep a stone's throw away.

The next morning starts with the sunrise shoot at and around Ingapirca. Then, after a good breakfast, we are off towards Banos, making several stops along the way to shoot the cordillera and major sanctuaries with spectacular Andes mountains as background. We'll arrive in Banos for dinner and to do a night shoot of the main plaza. If there is volcanic activity nearby, we'll drive up a mountain just in front of it to look at the spectacle from a high vantage point.

The tenth day starts with exploration of Banos, which is a charming but somewhat touristy town. We reach a mountain trail which starts above an impressive cemetery filled with sculpted tombs and ends high above the town. Time permitting, some may choose to visit the thermal baths after which Banos is named. The afternoon is used to travel to a 300-year-old hacienda near Cotopaxi national park which is home to the world's highest active volcano. Weather permitting, this part of the journey affords spectacular views of over a dozen volcanoes and peaks.

Next morning we visit the huge indigenous market at Saquisili. Once a week this small town comes to life with a colorful market which fills seven plazas and still remains quite authentic. Our arrival is timed to coincide with that day and we'll explore the market all morning. In the afternoon we start our longest ride yet to reach a cloud-forest reserve which is home to 375 bird species (4% of the world's), 130 species of Orchids and over 2500 species of plants. You'll have time to either follow a hiking trail or to visit the Orquideario as the light dims and wildlife activity starts. We'll be sleeping here in a cloud forest lodge for one night.

The next morning starts bright and early as a birding expert takes us on a 2 ½ hour tour of the reserve to find various species of birds at the height of activity. Depending on the number of participants we may be divided into two groups for this. Anyone can opt out of birding and follow another trail, do more orchid photography or even go for a dip in the nearby river. In the afternoon we start off the second long road trip which brings us beyond Quito to Otavalo late at night.

Otavalo is home to the largest and most colorful indigenous market of the continent. Indigenous people come from all over Ecuador and even neighboring countries to sell their crafts and wares on market day. Just after breakfast, we head out the central part of the market which is where most textiles are sold. This is the toughest subject to photograph on this trip as the whole market buzzes with activity. At this point you are on your own to explore and shop until we meet in the afternoon.

From Otavalo, Quito is not far away. In contrast with the buzzing market, we make an hour stop at a sacred waterfall before heading back to Quito. After dropping by the hotel, we head up one of the mountains which flanks Quito for a panoramic view over the city and a celebratory dinner.

Transportation to the airport is provided on the final day. 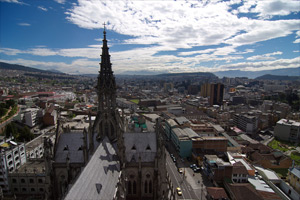 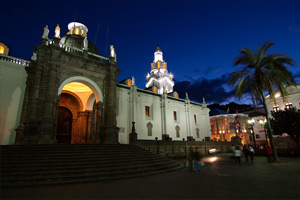 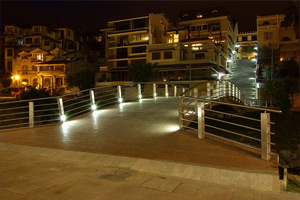 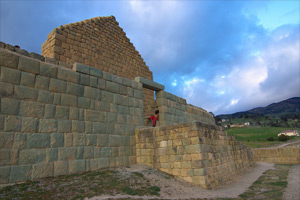 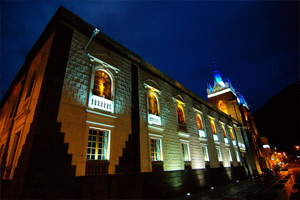 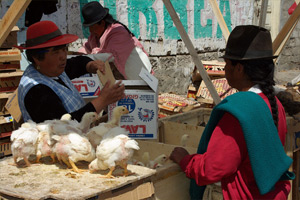 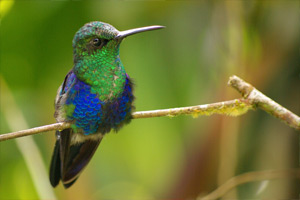 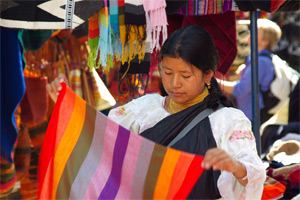